Under the anthropological lens: space as social commentator 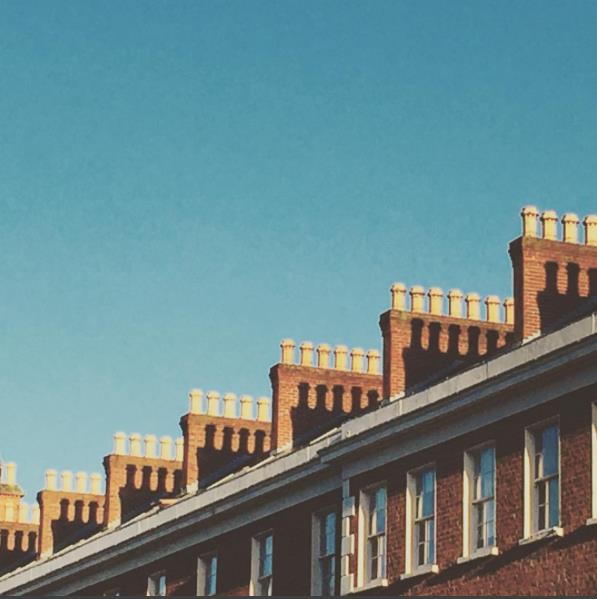 This article focuses on the ways in which diverse social groups understand, experience and creatively make use of space. This is an account of my observations from St. Patrick’s Day celebrations within a neighbourhood in South Belfast known as ‘the Holyland’. This particular neighbourhood is synonymous with Catholic university students who strongly identify with the Gaelic Athletic Association (G.A.A).Since its founding in 1884 as part of an ‘Irish Ireland’ movement, ‘Catholicism and indigenous sports have gone hand in hand as symbols which explicitly portrayed ‘Irishness’ (Girvin 2002:19). I shall commence by contextualising Belfast’s socio-historical past, which enables the reader to understand the broader lens under which this celebration takes place.

In the anthropology of Northern Ireland, Wilson and Donnan acknowledge that;

‘it is impossible to understand local and rural communities without understanding ethnicity, sectarianism, national identities, class, and the overall importance of history in everyday life’ (2006:28).

The ethnic divisions in Northern Ireland are between the Catholic Nationalists who ‘demand the unification of all Ireland under a single government, and the Protestant Unionists who see their interests as bound up with the maintenance of Northern Ireland’s union with Great Britain’ (Leyton 1974:187). By the 1900’s, Belfast, larger than Dublin, was a successful, industrial, Victorian city which had become a powerhouse of shipbuilding and engineering. This drew both Catholic and Protestant migrants from the countryside, ‘their rural sectarian struggles reformed within the new urban, industrial environment’ (Komarova & O’Dowd 2013:236).  In 1921, ‘after a bitter war between the British army and Irish Republicans, the Irish in the south were granted self-rule’ (Bryan 2012:70). Northern Ireland remained under UK sovereignty, with Belfast becoming its capital. ‘From the founding of Northern Ireland, unionists controlled its public space’ (ibid:71). From 1920-1960, Northern Ireland became what Yifatchel (2004) terms an ‘ethnocracy’ [1],‘its politics and policies were dominated by the imperative of preserving a demographic Protestant majority favouring the status quo’ (Komarova & O’Dowd 2013:236). This status quo was threatened in 1967, with the inception of a civil rights movement which demanded an end to discrimination against Catholics.  ‘The Troubles’, 1969 until 1998 (when the Good Friday Agreement [2] was signed), refers to a period of sustained ethno-violence, during which 3,500 people were killed. According to Komarova & O’Dowd it was during this period that Belfast became ‘disarticulated into a series of poorly connected districts and neighbourhoods within which communal segregation along ethno-national lines was further solidified’ (2013:238). The 2011 census highlights that the sectarian geography of the city persists today, revealing that within the Belfast Urban Area, ‘there are still almost 280,000 persons living in a ward (approximately 6000 persons) that is either predominantly Catholic or predominantly Protestant’ (Gaffikin et all 2016:44).

St. Patrick’s Day is a globally renowned Irish festival, which celebrates the primary patron saint of Ireland who brought Christianity to Ireland. As the bearer of Christianity, both Protestants and Catholics have long celebrated this figure (Cronin and Adair 2002). Due to the political climate in Northern Ireland, it was not until March 1998 that Belfast’s inaugural St. Patrick’s Day event took place (Bryan 2009:11). On the morning of this festival uniformed school children pass me by as I make my way to the Holyland. This everyday scene momentarily jars, until I realise the cause of my confusion; St. Patrick’s Day in Northern Ireland is not a shared holiday, (all schools in the Republic of Ireland are closed on this day). Four morning smokers dot the entrance to The Hatfield bar. Turning the corner onto Agincourt Avenue, an orderly queue has formed outside Winemark. Headed by a fluorescent-clad security man, it creates a tidy, linear pattern in space. Local established residents in high visibility bibs patrol the streets. A young man on Carmel Street busily affixes his tricolour from the second floor of his terrace rental, under the guidance of a friend on street level. G.A.A clad youths are busily milling around in high spirits. This atmosphere, reminds me greatly of the excitement and energy one feels on a big match day outside Croke Park [3], which is colloquially encapsulated in the term ‘up for the match’ [4]. Land Rover Tangi’s mark three street intersections, their stout bodies draped in one of two large printed signs which bear conflicting messages; ‘Alcohol will be confiscated from this point’, & ‘Alcohol may be confiscated from this point’. A neon-bibbed man, whom I recognise as a local landlord and politician, greets SPAR customers. He noisily shakes a coin filled bucket, requesting change for famine stricken African countries. In doing so, he aurally and visually stakes out a highly visible space. At 2pm there is a large relaxed police presence, engaging positively with the revellers, who are clustered within their respective curtilage. Outsiders, with no connection to the area but drawn for the renowned party reputation, are immediately identifiable as they linger aimlessly in nearby laneways. Like savannah predators, they patiently watch and wait for the transition of space which will enable them to seamlessly melt into the crowds.

I volunteered at a multicultural celebration of St. Patrick (Spring Gathering Festival) which was held in Fitzroy Presbyterian Church, on University Street. Organised by the South Belfast Partnership Board, its aim was to highlight the Holyland as one of the most ethnically and culturally diverse areas of the city. Brid Ruddy of College Park Avenue Residents Association declared:

“the idea was to create a safe space for people to celebrate the annual festival of Ireland’s patron saint. We welcome visitors from across the city to join our family friendly festival. We will be celebrating the many positive aspects our community in the Holyland area has to offer” [5]

Featuring events such as global roots music and traditional dance, storytelling sessions, and children’s street games drew a diversity of ethnicities. The dismal weather brought attendees inside. As the event drew to a close, I spoke to a South African woman in her early twenties;

‘I don’t really drink but I’ll be going for a Guinness with my husband because you know, you have to-it’s Paddy’s Day’.

This woman outlines how she associates Guinness with a nationalist celebration. Here I highlight that the students’ alcohol consumption patterns which I observed, did not conform to such nationalist representations.

At 3 pm, heading back towards the ‘Holylands’ city centre’, street pastors [6] in blue jackets can be seen picking up empty bottles. A woman in a ‘Belfast City Council’ bib forcefully removes a naggin [7] of vodka from a young female student, emptying its contents before her. Queens University and Ulster University representatives, in branded outerwear stroll the streets. The boundaries of the curtilage have been breached. The space has entered a carnival phase; students encompass the streets rapturously singing, dancing and drinking. One reveller mounts a nearby wall, whipping off his G.A.A jersey to reveal a chest tattoo which spells out G.A.A. Relations between students and PSNI are cordial. Roma ladies, trailed by young children, weave through the merry revellers, clutching roses. A Roma man begins busking on a nearby corner, his notes drowned by the volume of the festivities. These entrepreneurial practices highlight how different cultures can see and capitalise on opportunities within space. The police have somehow gathered the crowd into a square formation. Two large vodka bottles sail through space, smashing curtly to my left. Within minutes the police have dispersed the crowd calmly and quietly; a seamless and professionally executed transition of space.

On reflection of the events above, the variety and creative uses of space are clearly outlined. The actions of the observed residents highlighted that i) space can have a pattern ii) space can be aurally and visually staked iii) people wait and watch for opportunistic transitions of space and iv) different cultures view and capitalise on space in innovative ways.  Henri Lefebvre, a seminal author on the production of social space asserts that groups ‘cannot constitute themselves or recognise one another as ‘subjects’ unless they generate…a space’ (1991:416). In this Lefebvre makes explicit how an understanding of the use of space can greatly contribute to the understanding of social life, something which is increasingly important in the context of today’s globalised world.

[1] ‘Ethnocratic cities are reproduced when the state deploys policy and resources, directs capital and maintains the hegemony of dominant political groups’ (Murtagh 2008:19)
[2] an agreement negotiated by the Irish and British governments about how Northern Ireland would be governed, also known as the Belfast Agreement.
[3] Headquarter of the G.A.A in Dublin where all major fixtures are played.
[4] Rural dwellers travel ‘up’ to Dublin to watch their county teams play in Croke Park.
[5] www.belfastlive.co.uk accessed 09/03/2017
[6] members of the Christian church ‘concerned for society and their local community’ www.streetpastors.org
[7] a 200ml bottle of spirits

Girvin, B., 2002. From union to union: nationalism, democracy and religion in Ireland-act of union to EU. Gill & Macmillan. 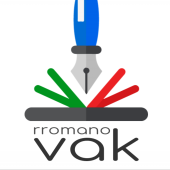 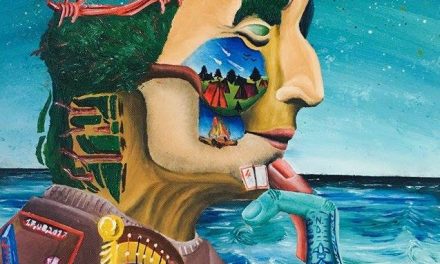 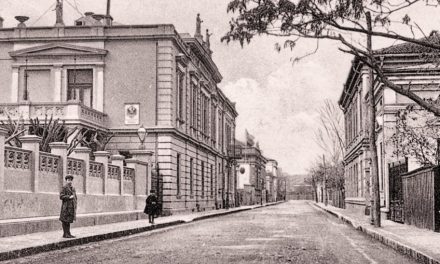 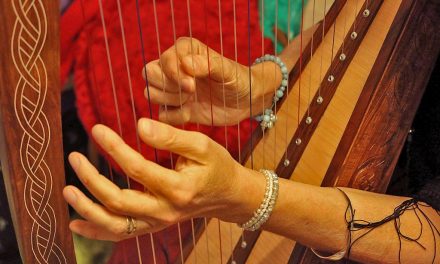 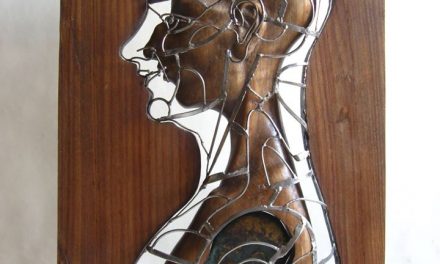